The area surrounding Culburra was originally called Wheeler’s Point after the first land holder George Wheeler. Land developer Henry Halloran renamed the area Culburra in the mid 1910’s, which has an Aboriginal meaning of “sand”. 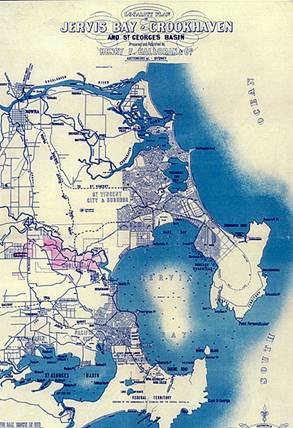 The township of Culburra was designed by Henry Halloran himself, as landowner, designer, and surveyor.

The original lighthouse at Crookhaven Heads was constructed of timber in 1882 and located as part of the Shoalhaven Pilot Station with a Mr. Thomas Bishop being the first operator.

A new lighthouse to the south of the mouth of the Shoalhaven River was built in 1904 and the old wooden lighthouse was demolished.

The Jerrinja community now situated at Orient Point had a settlement at the base of Berry Mountain north of the Shoalhaven River and were then moved to Orient Point in the first Grant of Land to an Aboriginal community in Australia in the early 1900’s.

After World War II, when the freedom of movement given by the motor car and the introduction of 4 weeks holidays meant coastal villages, such as  Culburra became popular venues for both holidays and retirement.

From The Canberra Times … Friday 22 January 1954
NAVAL VESSEL STILL AGROUND
The 90-ton naval ship, a general purpose vessel, is still aground on Culburra Beach, 15 miles from Nowra. H.M.A.S. Cootamundra again made an unsuccessful attempt to float her at high tide this afternoon.  She broke two tow ropes trying to pull the vessel into deep water.

Shoalhaven Local Environmental Heritage items in the area are: